Is It Safe To Pay By Phone Bill, Even At A Trusted Casino? A while back, we warned our readers against dangerous casinos and risks associated with phone bill deposits at such sites. However, that didn’t entirely make it clear whether phone billing is safe in general. Are there any dangers related to pay by phone bill when you are at a trusted casino?

Well, of course there are. Dangers lurk around every corner when you’re not careful. However, you’d be surprised how safe pay by phone bill methods like Boku are if they aren’t used mindlessly. Here are all the reasons and explanations on the topic. For one thing, pay by phone bill service and providers are regulated by more than one public entity. First of all, it’s AIMM, which stands for Association of Interactive Media and Micropayments. AIMM is one of the associations that protect the fair and regulated environment of micro-payments, including those between gamblers and casinos.

Ofcom, which is the communications regulator in the UK, is another important player in the scheme. They monitor all the communication channels in the country and make sure that everything works like it should. It’s an independent regulator, but this doesn’t make it any less valid or important.

Finally, PSA, or Phone-Paid Services Authority, is the common name for regulators responsible for all the services related to phone billing. Previously known as PhonepayPlus, they’re the ones who will help you in case your mobile provider acts against the rules or causes you trouble with pay by phone bill services.

All these regulatory bodies will make sure that your payments are safe and work according to the plan. If they don’t, you can always reach out to these institutions and ask for help. Not only will they help you, they work according to the law, so you’ll always have a back-up in case anything goes wrong. One of the main reasons why people have doubts about the safety of phone billing is that it’s so different. There are no passwords and no logins at all. It may seem like the only effective protection just isn’t there. However, there’s an alternative protection instead and that is physical protection.

What does that even mean? Instead of a password, you only need your phone number to make a deposit. It’s true that anyone who knows your phone number may attempt to use it for a phone bill deposit. However, it’s only you who can authorize such payments, because the only way to do it is by confirming it via the mobile device with that phone number. So, unless somebody steals your phone, there’s no way anyone could make unauthorized payments.

One can’t even say the same about online payments like PayPal and other popular e-wallets like Skrill. In general, people deem these methods safe, yet they aren’t any safer than pay by phone bill methods. In this case, there are no passwords to steal and no sites to hack into. Everything takes places via mobile network instead of the internet.

The only remaining issue is that it becomes dangerous if you lose your phone. There are no passwords to protect your funds from others. However, you can always block your phone number and the method will be disabled automatically. Since you would probably block it in any case after losing your mobile, it’s really easy to eliminate the dangers altogether.

So, Is It Safe To Pay By Phone Bill? If you protect your mobile phone and always carry your SIM card in your device, there’s really nothing to worry about. Pay by phone bill is very safe, no matter if the casino you’re at is trusted or not. Of course, each casino may treat these payments differently, so you should still choose a site cautiously. Even a trusted casino may have some terms that aren’t really lucrative, such as transaction fees. However, as far as payment safety is concerned, the system is virtually flawless. 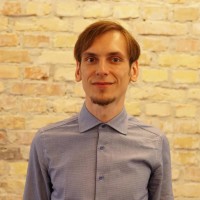