When NextGen tells us they’re releasing a new title, we’re almost always excited. Although there are many software developers around with a similar, if not higher, level of talent, there’s something about the NextGen games that makes them stand out from the crowd. Plus, they’re one of the most popular brands around, which means their games are available at tonnes of casinos, including many which allow pay by phone deposits.

So, as you can already imagine, when the team announced their new Lightening Gems slot, we were over the moon. The game, which is due to hit UK casinos on the 20th of September, features a fantasy theme, and benefits from three great bonus rounds. Whilst we still have a couple more weeks to wait until we’re able to play the game, luckily we’ve managed to get hold of some insider info, so read on to learn what you can expect from this new game.

Lightning Gems is a 5 reel slot with 10 paylines and it’s playable from as little as 15p a spin, but going all the way up to £150. The game is set for release on the 20th of September, and it will be available on both mobile and desktop, at all good NextGen and NYX casinos.

Visually, Lightning Gems is not the most attractive slot around. However, we appreciate that the brand have stuck with the fantasy theme throughout. The reels hang against a starry night sky and symbols include a collection of coloured gemstones, as well as the more traditional hearts, clubs, spades and diamonds values. Each symbol, however, is ornate, complete with a gold or silver surround, and will twinkle during the game.

The game also benefits from both a wild and a scatter symbol. The wild is represented by a golden sun, and this substitutes for all other symbols apart from the scatter. It’s also the game’s highest paying symbol, rewarding players with 500 coins for a five-of-a-kind combination.

Futhermore, there are two bonus features in Lightning Gems which are centered around the wild symbols. Both features can be triggered randomly during the base game, and we have to say they seem to be particularly lucrative.

First of all, we have the Wild Wins feature. This bonus will reward players with extra wilds on their reels which, of course, makes creating a winning combination much easier. Secondly the game also includes a Wild Nudge feature. As the name suggests, this bonus allows players to ‘nudge’ wilds into a winning position, provided they have just missed out on creating a combination.

Last, but not least, Lightning Wilds also benefits from a free spins round, which is triggered when three or more scatters appear anywhere on the reels. Players will be awarded with 10 free spins initially, although the round can be re-triggered by collecting more scatters. Additionally, during the free spins round there will be 10 wild symbols added to each reel. This means that in total, you’ll have 50 extra wilds in play!

Our Verdict and Where to Play 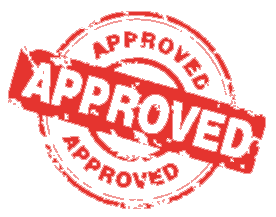 Whilst Lightning Gems is a fairly simple slot, it’s incredibly fun. This is because the game is built around the wild symbol. Instead of introducing convoluted bonus games, NextGen have made it so that every bonus feature simply gives players more chances to collect wilds, and therefore have a greater chance of creating a winning combination.

The maximum win of this slot is 2,000x your wager, which makes it a medium to high variance game. That being said, wins do come fairly regularly, yet you may have to wait a while for an impressive payout.

As we mentioned earlier, one of the best things about NextGen slots is that they’re readily available. Many casinos carry the brand and so it means the come the 20th of September, you should be able to play Lightning Gems at a plethora of sites.

If you’re interested in playing the game, we’d recommend visiting a Nektan casino, such as GoWin or Kerching. These sites are quick to update their games roster, which means they’ll have it ready for you to play the minute it’s launched! Plus, all Nektan casinos accept Boku deposits, which we know is important to our readers!