Divine Slots Casino Review — Tonnes Of Potential, But Not Quite There Yet

Mr Green is a casino well known for it’s mammoth promotions. They always seem to be giving something away or offering players great bonuses — not that we’re complaining! It’s the kind of site that knows how to brighten your day and with September, including that end-of-summer sadness, upon us,we’re very happy to hear that they’re launching a great new promotion tomorrow!

Mr Green’s Wheel of Fortune on Tour promotion goes live today and with it players can win their share of £15,000! The promotion runs for a week straight (until the 14th September) and at the end of the period 50 lucky players will walk away much better off. We’ve got all the details, including what’s up for grabs and how to win, so read on to learn more!

Mr Green’s Wheel of Fortune On Tour promotion kicks off today — the 7th of September. It runs for a complete week, ending at 23:59 on the 14th of September, so you’ve got a whole seven days to make sure you’re in with a chance of walking away with a prize.

Whilst Mr Green have £15,000 to giveaway this week, they won’t be giving it all to one player. Instead, they’re sharing it out between the top fifty participating gamers.  Although this means that the top prize isn’t as big as may be expected, it does mean you have a greater chance of winning something,

Like most prize draw promotions, the event works by rewarding regular players with a chance to move up the leader-board. The top fifty players at the end of the period will each be given a cash prize: the closer you are to the top, the more money you’ll win. Here’s what’s up for grabs: 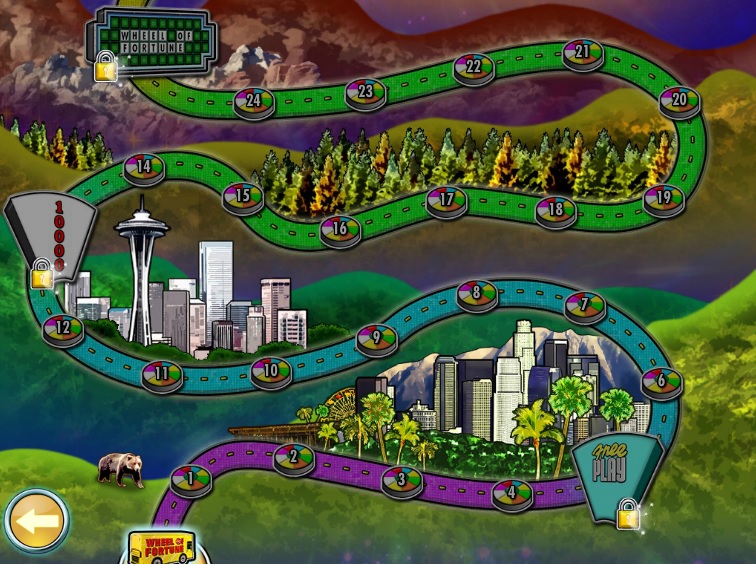 To be involved with this promotion, all you really need to do is head over to Mr Green casino and spin the highly popular Wheel of Fortune On Tour slot.

The slot by IGT includes a level-up feature and it’s vital to understand how this works if you want to make sure you walk away with a prize this week. Within the game, players are rewarded with one fuel point for every non-triggering bonus symbol that lands on their reels. The bonus symbol is represented by an RV and for every ten fuel points you’ll fill your petrol tank. Alternatively, if you find three bonus symbols on your reels, the tank will automatically fill up.

So, to win big in this event, you simply have to play the game! We love the simplicity of this promotion, as it means that players aren’t forced into spending a lot of money. Wheel of Fortune On Tour can be played for as little as 50p a spin and the game boasts a generous 96.6% RTP. This means that you could be bagging some big wins within the slot, at the same time as working your way up the leader-board.

The winners of this promotion will be announced on the 15th of September and all cash prizes will be credited this day too. As the prizes are ‘real cash’, they’re also not tied to any wagering requirements, so you can withdraw them straightaway. So, if you want to get your hands on a share of 15k this week, head over to Mr Green tomorrow and start spinning IGT’s Wheel of Fortune on Tour!