Microgaming Progressive Jackpots To Play For The Biggest Wins

Boku VS PayPal — Which Should You Be Using?

Win A Trip To New York With LeoVegas Casino This Month

We’ve always known that LeoVegas were a very generous casino, who loved a good party. Every year without fail they put on a huge blowout to celebrate the end of summer, so we’ve been highly anticipating this promotion for a while.

The casino’s ‘Summer Thrills’ promotion kicked off on Monday and with it, all players could be in with a chance of winning a luxury trip to New York. The prize includes flights, accommodation and £1,000 worth of spending money. As if that didn’t make this promotion impressive enough, LeoVegas will also be running events throughout the week, where players can pocket cash prizes and free spins.

The promotion will run all the way through to August 21st, which gives you plenty of time to get involved, so read on now to learn how you could be in with a chance of winning. 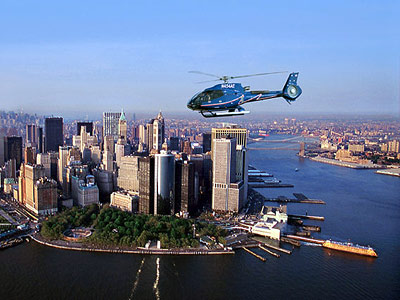 This promotion is giant, but the biggest prizes up for grabs have to be those all expenses paid trips to New York City. There are five grand prizes in total, and each includes flights from the UK and four nights accommodation in a 5 star hotel for two.

In addition, all winners will be able to explore the city by air, as LeoVegas will also be treating them to an evening helicopter tour of the city. We can’t think of a more perfect way to see the Big Apple and, as you’ll also receive £1,000 of spending money, you’ll be able to visit all the top sights up close too.

To be in with a chance of winning one of these five amazing trips, all you need to do is play at the casino from now until Midnight on the 21st of August. For every £50 you wager on any of the selected ‘Summer Thrills’ slots, you’ll be granted one entry to the prize draw. The selected slots are Grim Muerto, Esqueleto Esplosivo, Book of Dead, Matsuri, Starburst and Moon Princess.

There is no limit on how many tickets can be collected, so the more you spin, the greater chance you have of winning. The Grand Prize Draw will take place at 4pm on the 22nd of August and all winners will be notified within the following 72 hours. Make sure your contact information is up to date, as if the casino can’t get in touch, your prize will be forfeited!

Each Monday, when you wager £50 or more on the selected Summer Thrills games mentioned above, in addition to earning a ticket to the Grand Draw, you’ll also earn one ticket to the Tuesday draw, which will take place the following day.

In the Tuesday draw, 10 players will be selected at random and each will receive £1,000! There’s no limit on how many entry tickets you can earn, but you need to earn them within the following qualifying periods:

Every Thursday throughout the promotional period, you can pick up a 50% deposit match bonus, up to £100. All you need to do is deposit at least £10 on the day and the bonus should be added to your account immediately.

On Sundays throughout the promotional period, LeoVegas will be treating it’s players to free spins. Simply log in between 3pm and 7pm, to see how many spins you’ve been awarded! All spins will be playable on one game from the Summer Thrills collection and you’ll have three days to use them up.