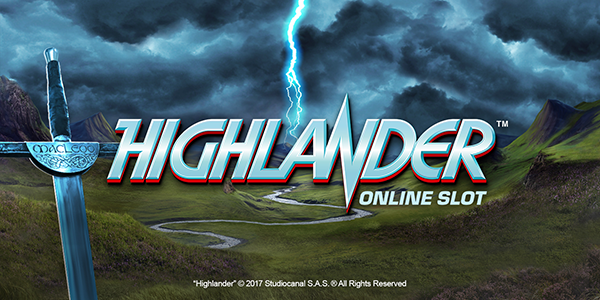 2017 has brought us many things, but one of the year’s stand out trends has to be the 80’s revival. Not only have shoulder padded blazers come back into fashion, but the world has gone crazy for the Netflix series Stranger Things and now it looks like software developers are wanting their slice of the action too.

Highlander is the newest slot from Microgaming and it’s based around the 1986 cult film of the same name. It comes complete with retro styled graphics, rock music and characters from the movie, as well as a multitude of bonus features and flawless gameplay.  However, whilst we know that Microgaming are entirely capable when it comes to creating great branded slots, we weren’t initially entirely convinced that this niche theme would be able to stand out from the crowd. Did giving the slot a spin change our mind? Read our full review to find out.

Highlander is a 5 reel, 243 ways to win slot and it’s available across all devices, including mobile, desktop and tablet. This means that all sorts of players will be able to enjoy this fantasy themed game and the low minimum and maximum betting amounts make it even more accessible too. You can start playing Highlander for as little as 40p a spin, all the way up to £30. 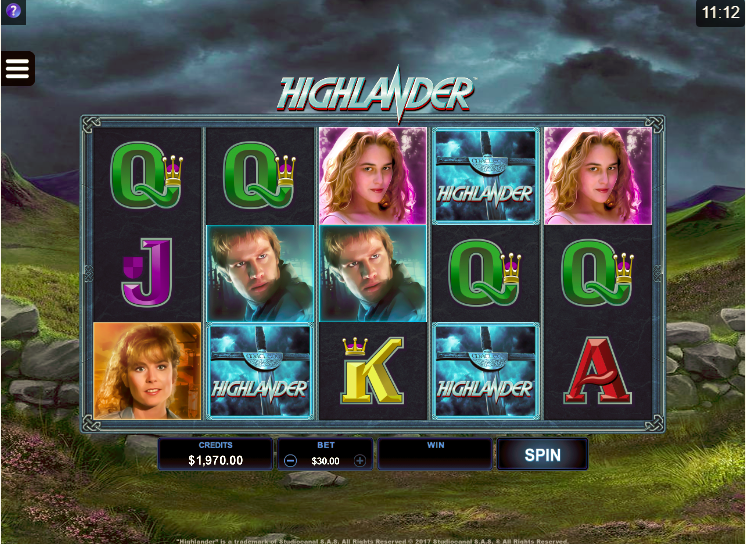 The slot, like the original movie, is set in the Scottish Highlands and the reels hang against a dark, stormy, yet beautiful, landscape. Symbols on the reels include four characters from the film; Heather MacLeod, Brenda Wyatt, Kurgan and two Connor MacLeod symbols, as well as the traditional 10 to Ace playing card values. There’s also a wild symbol, which is represented by the Highlander movie logo, and this will substitute for all other symbols except for the scatter. 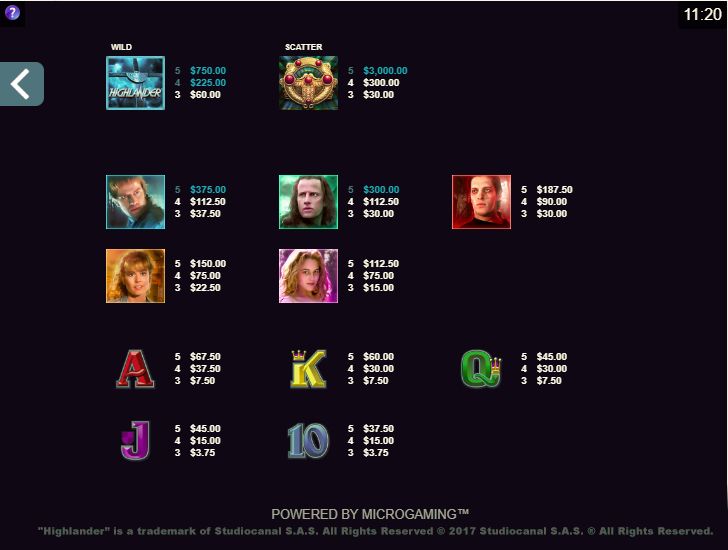 On first impressions, the Highlander slot looks to perfectly capture the spirit and style of the cult film and this is also reflected in the games payouts. For those who don’t know, Highlander was an action packed fantasy title and so it seems fitting that this new slot offers players the exciting prospect of winning 3,416x their stake on every spin.

Usually when Microgaming produce a branded slot, they pack it full of multiple bonus features in order to attract players who may have no interested in the film/tv show it’s based around. However, whilst more chances to win big can never be a bad thing, in the past we’ve often found that these simply disrupt gameplay without actually enhancing our bankroll. It comes as a nice surprise then, that Highlander only includes two bonus features, especially as both can be very rewarding. 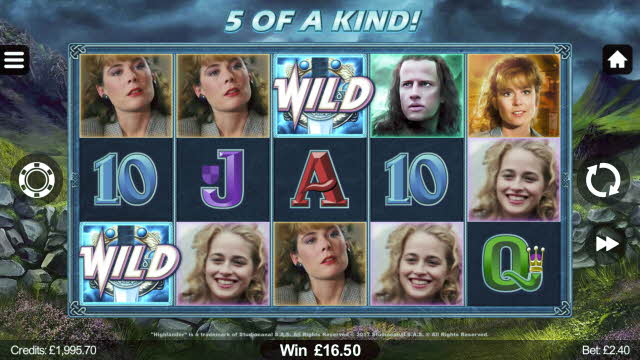 First up, we have a simple feature which is triggered when you land two scatter symbols, represented by the sword, anywhere on the reels. These scatters are then transformed into wilds, giving you extra chances to create a winning combination.

The other Highlander bonus feature is the extra spins round, which is played when you find three or more scatters on the reels. You’ll then be rewarded with ten free spins, and these are played on a new set of reels which hang against the New York City skyline. 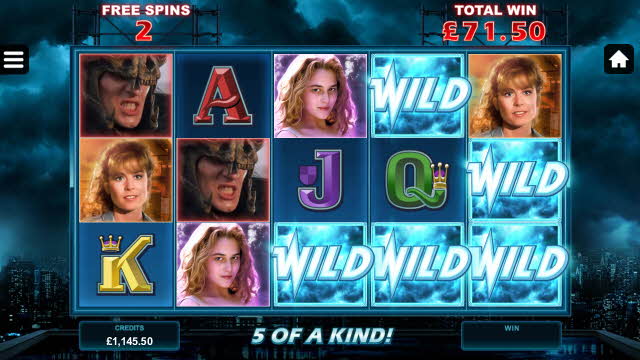 Visually, Highlander is a triumph. Microgaming have really managed to capture the essence of the original film and it even looks great when played on a smaller screen. The game’s rock music soundtrack also helps to add to the retro vibe, yet the slot still seems surprisingly modern. This is due to the high quality graphics and the fact that it performs flawlessly across all devices. 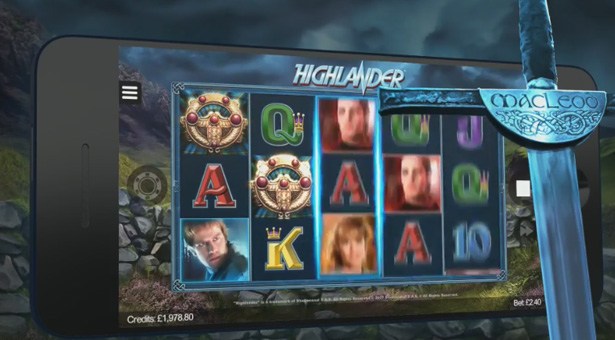 That being said, this is quite a dark and moody title and therefore we’re not sure it will appeal to everyone. If your favourite slots usually feature fluffy animals or bright colours then you may be a little taken aback by Highlander, but we urge you to give it a go anyway. Who needs cutesy characters when you’ve got the immortal Connor MacLeod on your reels!?

Highlander is Microgaming’s final branded slot of the year, and we think they’ve done a very good job indeed. This year saw the release of many movie-inspired games from the brand, such as the excellent Jurassic World, yet with Highlander they’ve proven that they can do justice to retro classics in addition to outstanding blockbuster slots.

We think that, for a fairly niche theme, Highlander will appeal to a diverse range of players thanks to it’s stunning graphics and rewarding bonus features. Moreover, the medium volatility of the game makes it exciting without being too risky and perfect for every budget.