Win An All New iPhone 8 On Release Day At Guts Casino!

If there is one thing that year 2017 will be remembered for, it will be for the rise of something we all love — the Emojis! No matter who you are, you can’t deny that all your messages are filled with them. Don’t believe me? Go on then, take out your phone and check your messages… Told you so! The whole craze began in 2015 and that year ended with the Oxford Dictionaries declaring ‘pictograph’ as the Word of the Year. Or, in other words, emojis.

In my opinion, there cannot be a better time for NetEnt to get on the Emoji hype train. Emoji Planet is packed with tons of Wilds and captivating bonus features. If I had to choose a slot that would remind me of how great 2017 was, Emoji Planet would be it!

With Emoji Planet, NetEnt has shaken things up a bit and has integrated a slightly eccentric 6×5 reel layout to the game. They have also ditched the traditional payline system and instead opted to reward players when they form clusters of the same symbols. To form a winning cluster, you will need a minimum of five symbols and as expected, the bigger the winning cluster, the higher your wins.

Budget wise, this slot accepts anything from 20p all the way up to £200 per spin. This wide range should be able to accommodate both casual players and slots enthusiasts without any issues. The entire range of the wagers can be customized by selecting the preferred coin value on the bottom of your reels. Given the fact that Emoji Planet utilizes the cluster system rather than paylines, Wilds matter a lot more in this game. The Wild symbols comes in the form of the Star emoji, and as usual, they will replace any other emojis to create cluster wins.

Another simple feature present in this slot is the Avalanche feature. Essentially, this feature gives you a second chance of creating a new winning cluster right after you have won something. After each win, new symbols will Avalanche into your reels replacing the winning cluster. The details are as follows:

As the name of this slot suggests, every visual element is designed after emojis. If you have been using emojis for a while now, you will recognize the usual smiley face, kisses, hearts, aliens and poo emojis as symbols. The theme that NetEnt has chosen for this game is simple, but brilliant at the same time. What impressed me most is what they have made out of it. Whole reels have been redesigned and on top of that, they have added life to all the emojis. Speaking of which, there are tonnes of animations in this game. Even before you start playing, you will be entertained by an introductory animation that shows an emoji travelling through time. What’s more to say? Emoji Planet can be played on PC’s and on mobile devices of different platforms. Players who are on the go will love this game as it is highly optimized for mobile gameplay. It is a wonder how NetEnt could make a 6×5 reel fit so perfectly on a mobile screen…

The Emoji Planet slot is simply awesome. After playing it for a while, it’s easy to see how many people have fallen in love with it. To me, this slot is not just a game, in a way, it is an extension of our lives. Think about it, this game exhibits its emotions and experiences in the form of emojis – something that all of us can relate to.

For instance, don’t you think that the fact that Emoji Planet paying out 1,000 times your spin wager when you cover your reels in smiley faces is a match made in heaven? Right now, I am very inclined to say that Emoji Planet is 2017’s greatest creations! 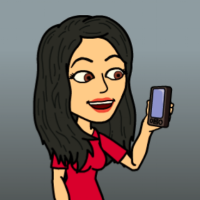