Divine Slots Casino Review — Tonnes Of Potential, But Not Quite There Yet

NetEnt Drops First Footage Of Their Planet Of The Apes Slot

Finally! It’s here, the video slot trailer we’ve all been waiting for — the very first footage of NetEnt’s rendition of Planet of the Apes has landed. Those who worried whether it would live up to the hype need to worry no longer.

That’s because the slot lives up to the hype and surpasses it all in one go. We know this and it’s not even out yet! All we can say is that NetEnt have delivered on the “something extremely new” promise and then some. What is this new element that Planet of the Apes introduces? Watch the video yourself and see.

It’s been very hard not to get overexcited about this new slot. Planet of the Apes is one of our favourite franchises ever and this new trilogy of films has been nothing short of stellar. So, as you can well imagine, the news NetEnt had acquired the license to make the Planet of the Apes slot really had us excited.

We were also curious as to how they were going to do it, if not a little cautious about said excitement. Yet, like we said, the trailer more than delivers its promises and we couldn’t be happier for it. Watch the video yourself by clicking the thumbnail below!

See what we mean? Those reels are a thing of beauty and really encapsulate what NetEnt were saying when they promised to deliver something new. A 10×3 slot reel that takes what could have been an otherwise decent slot and truly makes it epic. Essentially, it’s two games in one, each reflecting the first two films of the franchise. We know that we often say it, but we honestly think NetEnt have truly outdone themselves this time.

A brief look at the video might confuse some people.  It appears that two slots have been bashed together to make one super-slot so that the reel is 10 columns long. While it’s true that two slots are brought together as one, they can still be considered as two separate ones. On one side is Rise, representing Rise of the Planet of the Apes, and on the other is Dawn, representing Dawn of the Planet of the Apes. This means that a lot of computer generated apes will be running across the reels — watch out!

In all seriousness, there is more to the double-reel than just being different. According to the video description, it’s supposed to reflect the main ape Caesar’s journey across the two films. This means there are a fair few clips from the films themselves, not to mention an atmospheric score plus a lot of iconography found in both. A lot of the actors in each installment are used as scatter and wild symbols too. Align them up right and you could be in for one of the slots many special add-ons.

These add-ons (or features) are plentiful, thanks to the double-reel component of the slot. Free spins, added bonus games, scatter and substitute symbols, and a stacked wild feature that makes the game far more exciting that it otherwise would be. And it’s already pretty exciting for the dual feature alone.

All of these features will be available to play on mobile as well as desktop, too, so there’s no need for worry on that front. Be sure to catch Planet of the Apes at every NetEnt casino from 23rd October onwards. In the mean time, why not re-watch the Rise and Dawn of the Planet of the Ape films? 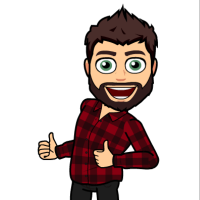